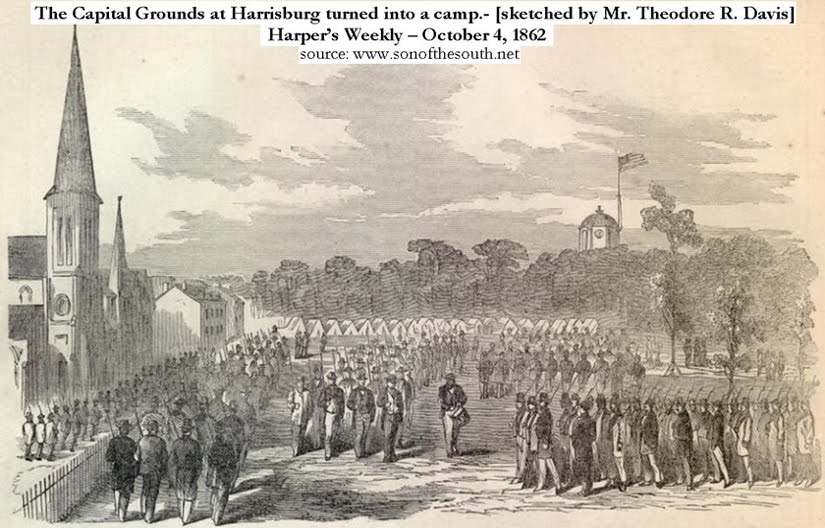 "Unharmed have I passed through where the dead and wounded were falling all around me" – Pvt. George Nickels, 89th NY 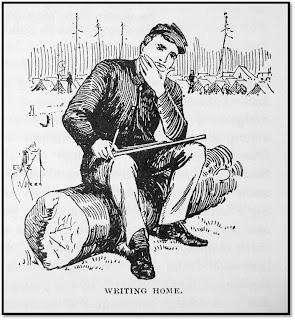 In a December 2012 blog post (read here), I shared the fascinating letter of Pvt. George Nickels, of Co. F, 89th New York.  In that letter, written September 30, 1862, Nickels details his regiment's actions late in the afternoon during the Battle of Antietam.  Nickels' regiment, part of Fairchild's Brigade, Rodman's Division, of the Union 9th Corps, had fought bravely, and ferociously that afternoon.  The 89th, and several other regiments, pushed further than any other Union regiments that day; reaching the outskirts of the small town of Sharpsburg.  Eventually, the timely arrival of Confederate reinforcements, lead by General A.P. Hill, arrived at just the right spot.  Hill's men crashed into the left flank of the 9th Corps, and brought an end to the forward movement of the 89th New York.  The 89th was forced to give way back across the killing fields they had struggled over just moments before.  Sundown would finally bring an end to the bloody Battle of Antietam.  Fairchild's Brigade would suffer the highest percent casualty rate of any Union brigade that fought that day; 48%.  Of the 455 casualties in the brigade, the 89th New York would suffer 103 men killed, wounded, and missing during the fight.

In the September 30th letter, Nickels mentions, "I have written one hasty letter since our fight," however, what this "hasty letter" contained, I thought would remain a mystery of history.  Until now. Just in the same unexpected manner as the September 30th letter made its way to me, another one of Nickels' Antietam accounts would appear before me.  This time, an ancestor of 89th NY veteran Oliver Orville, who had read my original post, and who had recently uncovered a copy of the letter written by Nickels, thankfully emailed me a copy.

In this letter, dated September 19, 1862, Nickels hastily takes a few moments to write to loved ones back home.  Letting friends and family know outright of his post battle condition, he goes on to provide updates on several friends and comrades, as well as give readers a glimpse into the chaotic and terrifying moments of the Battle of Antietam.  Aside from being historically fascinating, this 'prequel' letter also helped me identify and annotate a previously unidentified soldier who had been named in Nickels' September 30th letter; William B. [Byron] Livermore.

Another interesting aspect of this letter is that one of Nickels' comrades, James Northrup, takes the opportunity to piggy back off of Nickels' brief letter home, and tell his loved ones of his "close call".

Even 151 years later, you just never know what small pieces of a much larger and scrambled puzzle will emerge.  Each piece helps us see a little more history.  Enjoy!

I am still sound and well. Unharmed have I passed through where the dead and wounded were falling all around me. Our brigade charged up hill, over plowed ground at the enemy behind a wall and rail fence. When we got within 12 rods of the fence we stopped about five minutes and exchanged shots with the rebels and one at least fell dead from my shot and I drew good sight on a number more. Almond [Orville Oliver] they say just gave them a shot and was going to reload when he was struck by a bullet; we think in the thigh and fell disabled. We have not heard from him, but is probably in a hospital of ours or the enemy’s.

We soon got tired of giving them the advantage of the fence and at the same time stand the fire of their cannon on our flank so we charged over the fence and drove them. We took a good many prisoners. Just then they brought up several thousands on our left. Their fire was terrible and the ground was covered with dead and wounded. We had to fall back or all be taken prisoners.

When we formed in line we had only about 1/3 of the men who went in with us. The rest were killed, wounded and scattered.
Byron Livermore had his right arm shattered above the elbow by a musket ball and had to have it taken off. He is doing well. The rest of the Lisle boys are well. Of ten boys at the right of our company where I stood 8 were killed and wounded. There were 23 killed, wounded or missing since the fight of day before yesterday in our company. Most of them are wounded. We had a brisk fight last Sunday [Battle of South Mountain] and have been in reach of the enemy ever since. Burnside gave us the credit Wednesday, of being one of the best fighting regt. In the service. No regt. was ever exposed to a more deadly fire.

Well good bye, write soon. I have no time to write more.

Please say to our folks that I have no time to write, but I am alright. I was hit once, but my sword turned the ball and I was not injured. George has written all I suppose. I will write as soon as I get a chance to send a letter.

An on going study of the men, moments, and stories of the Pennsylvania Emergency Militia of September 1862, and July 1863...with the occasional "detour" posts, ranging from archive finds to historic preservation, from local heritage to National Parks.
[The thoughts and postings on this page are entirely my own and in no way represent those of my employer]

Blog title attributed to:
Richards, Henry Melchior Muhlenberg. Pennsylvania's Emergency Men at Gettysburg. Reading[?], PA, 1895.
"With many of the participants in the movements of September, 1862, that minor undertaking comprises the sum total of their personal experience of military service during the entire ordeal of our country's conflict. To them, therefore, the memories of that period of excitement and alarm are invested with a peculiar interest - a sentiment which must to a degree continue to be shared by their descendants."
~ Louis Richards, Co. G, 2nd PA Emergency Militia

Dave Maher
I'm an avid history buff, especially 16th through 19th Century American, and local history. By weekday, I work in Historic Preservation for Pennsylvania, and by weekend I am a Volunteer, Living Historian, and Battlefield Ambassador with the National Park Service at Antietam National Battlefield, as well as a Living Historian with the 69th New York Historical Association since 1998, among many other things. Also, in 2012, I became National Park Service certified as an Antietam Battlefield Guide.